Written for Amy Johnson Crow's Challenge 52 Ancestors in 52 Weeks. (click on the icon in the sidebar for details at Amy's blog)

And now we come to the last child of Jacob Zaugg and Anna Stetler as listed in the Zaugg book. 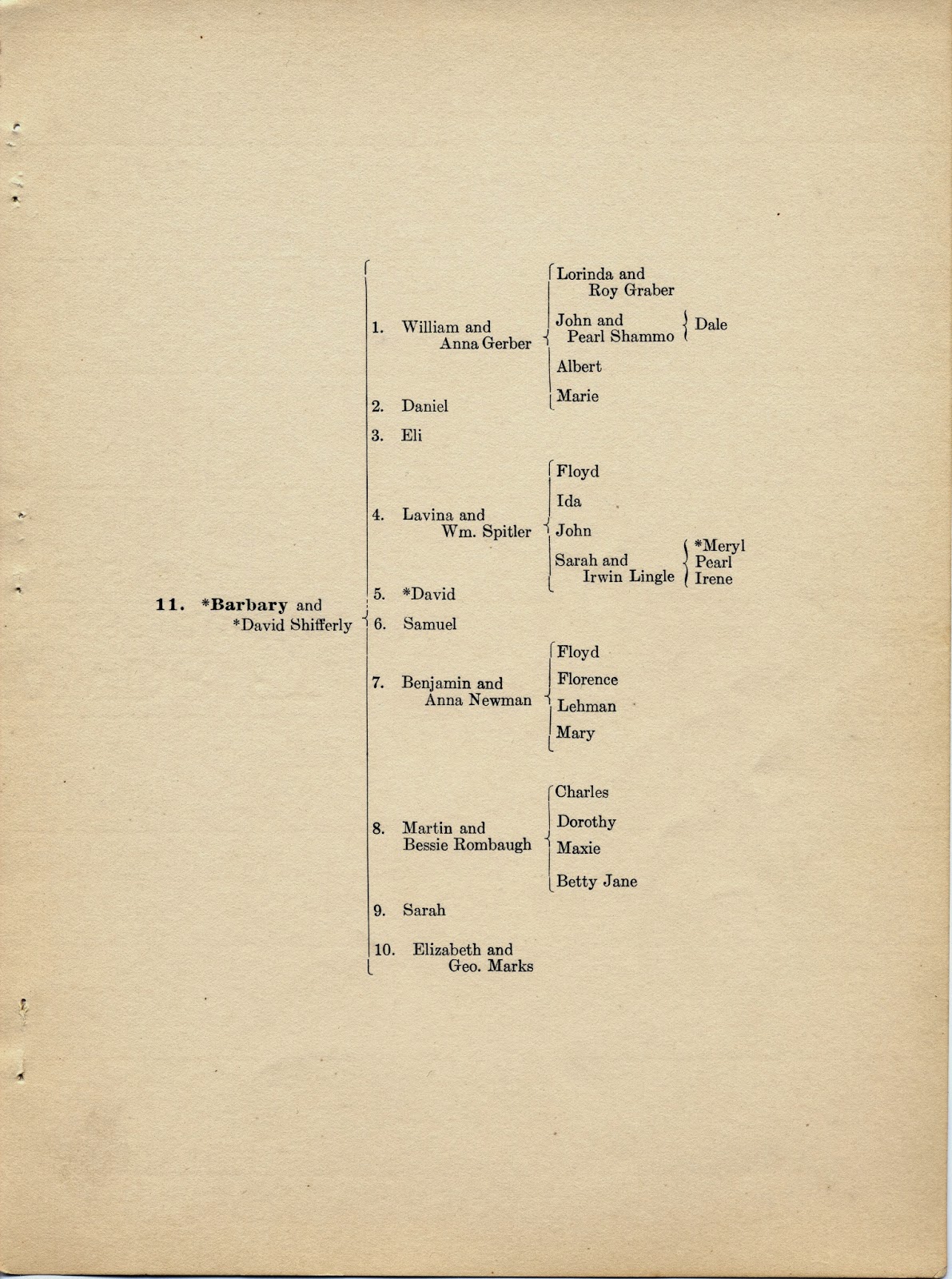 Barbara and David will have 10 children as listed in the Zaugg book.  I have been able to find 10 children thoughout the various census records and Wayne County birth records although I have to admit that they tend to have wildly varying names.  In the 1900 census Barbara is listed as having given birth to 10 children and having 10 now living.  The family is really fairly straight forward and I can easily find Barbara and her husband in every census that I should always living and farming in Wayne County, Ohio.  It's just that with 10 children this would be another black hole of research on a collateral line and I'm not going to go there. (and I really need to write that on the blackboard 100 times.)

At this point I'll just close with Barbara's death certificate.  And finally, here is a child who get the names of his mother's parents correct in spite of the fact that his grandfather died before he was born and his grandmother died when he was about four.  Much better than several of his older cousins were able to do for their Zaugg parents. 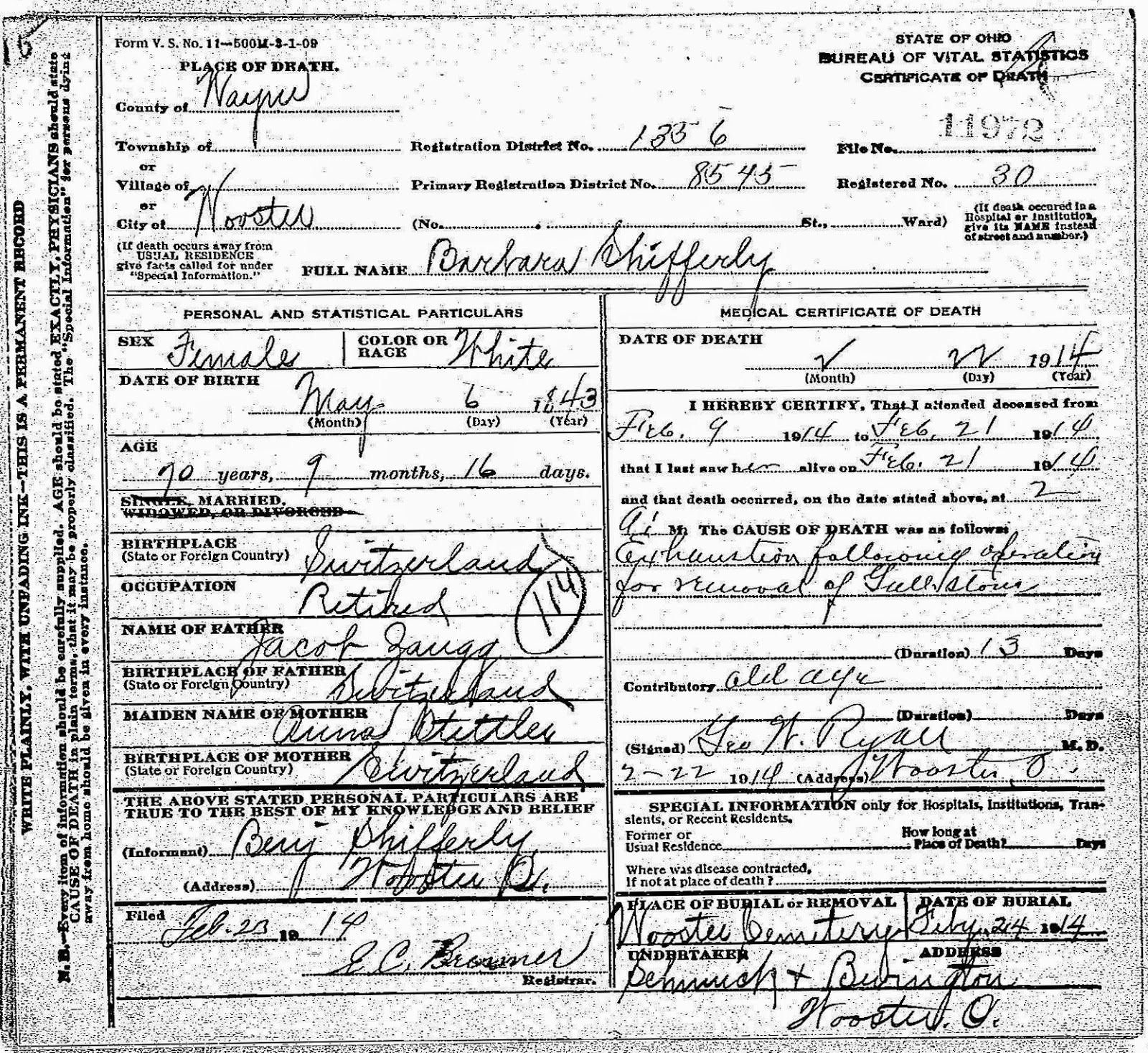 Posted by Diana Ritchie at 6:39 PM

New comments are not allowed.